by adminPosted on 24 Maggio 20163 Marzo 2017Posted in Categorie, Istantanee

The most read articles of the week. We talked about a progressive Luxembourg, a new Google device, a brilliant street performer, the death of Marco Pannella and Baby Pensions.

Luxemburg and the dignity of animals, by Paola Iotti

Luxembourg is about to draw up an incredibly progressive law. It is going to preserve animals’ dignity, making  a real revolution in a world that has never really focused on the problem of cruelty to animals.

For the first time, animals are going to be considered sensitive creatures, capable of feelings and emotions. And these features are going to have legal significance.

This rights don’t refers to cats and dogs only, but to all farmed animals: male baby birds, usually killed because they don’t lay eggs, won’t be killed anymore,  people won’t no longer use animals as prize or gifts, and slaughtering animals for their fur, wool, feathers, skin, will be banned. Cats and dogs will be sold only from certified holdings and farms.

The law has the aim of stop industry to take advantage of animals with extreme cruelty.

While Norway is providing a police department specialised on investigating on cruelty to animals, Italy is cutting its resources allocated to the Forest Department and to the Provincial Authorities, which have the task to control suspicious activities with animals.

Luxembourg’s initiative is an important step towards a new civic mentality. Law could rapidly ban, but the ethical process is slower and difficult.

There’s a 62 year old man, living near Ravenna, who decided to dedicate his time to save animals to the plague of abandonment.  He found a little bunny suffering from diabetes, in a bin. He also found some turtles, cats, dogs and iguanas. With the help of a friend, he looks for abandoned animals every night and if he finds something, he cures it and takes care of it, trying to find a family interested in adopting the animal.

The author of this article, Paola Iotti, wandered why people have a multiple behaviour towards animals. Why humans act lovely and nicely towards a kitten but are also incapable of being responsible for its wellness? Why they abandon animals even if they love them?

Similar to Siri and Cortana but also extremely different: a new digital assistant thought to became your new domestic help.

Google Home is based on 17 years of research and innovation of the vocal recognition and artificial intelligence. Google’s competitors, Microsoft, Apple and Amazon have already launched their products and both Alessandro Montefusco, the author of the article, and people in general, are wondering if Google will be able to improve the abilities of this kind of products.

Google Home is different from Siri, Cortana and Echo, because it is not only a digital feature of phones and smartphones, but also a concrete object able to organize and coordinate every other device connected to the internet that we have at home.

We are excited for its arrival in our markets but for now, it is available only in the UK.

Alekos, Dr. Bubble all in a bubble, by Deborah Biasco

This is a beautiful story about a boy who had the courage to change his life.

Alekos was a medicine student until he decided to bring happiness and colour to the world he was living in.

Leaving Italy for Amsterdam, he learnt some tricks with the bubbles thanks to some Artist he met in Milan.

Than he began his journey around the world, experimenting new emotions, new situations and meeting people from everywhere.

He started living carried by the “Buena onda”, a good wave, a way of living that in South America is something linked to a joyful life. Taking the best from what you live and feel.

Alekos’ experience shows us how important is listening to our spirit instead of our mind.

Because the spirit can see longer than reason.  Thoughts

Wondering on what Marco Pannella would have traded his life for, by Franco Giordano

Italy is suffering from a terrible loss because Marco Pannella has died. And the author of this article, the ironic, witty, talented Franco Giordano, shared with us some thoughts about how Marco Pannella, who died last week, would have commented the Italian politics and society.

For a man who has fought and finished all the battles on his own, it’s strange how everyone famous on the internet and tv, pretended to be Pannella’s best friend. Everyone acted as if the most radical politician of this foolish Italy was someone that they used to know.

A hypocrite behaviour to celebrate a dead VIP, possibly without even know who he really was.

What does “Baby pension” means, by Carlo Mocera

A baby pension is a pension provided for people who have paid a little contribution while they were still working. This system, active in Italy since the seventies, allowed many people to retire when they were very young.

Thanks to this contribution payment, people became richer than they actually were, without working.

The writer Mario Giordano wrote a book about Baby pensions, published by Mondadori. His list of politicians, artists, actors is very long and show how pension laws should be revised. 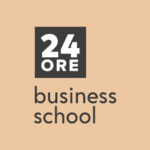 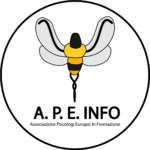